View cart “Bundle – Psychiatry Madness” has been added to your cart.

Seeds are the source of life for plants but, for humans, they are the source of healing. In this product, nature’s most nutrient-rich seeds are finely ground to release substances that reduce inflammation, repair damaged DNA, and refresh cells with uncontaminated Omega-6 oils. The success stories of people who thought their disorders were incurable will amaze you. Seed- source nutrition is nature’s most powerful healer. 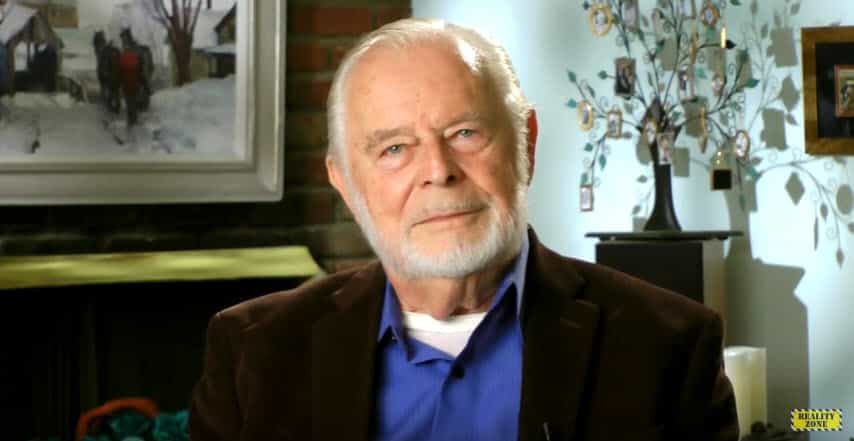 Hi. I’m Ed Griffin. I would like to tell you about seed nutrition and how it impacted my world-class case of shingles (Click image.)

If you already know about seed nutrition and want to order the product called Soul, you can skip the rest of this information and click here. That will take you to Rain International, where the product is manufactured and distributed. If this is your first exposure to seed nutrition, you probably would like to know more about what is does and how it works. This short videos will answer those questions. 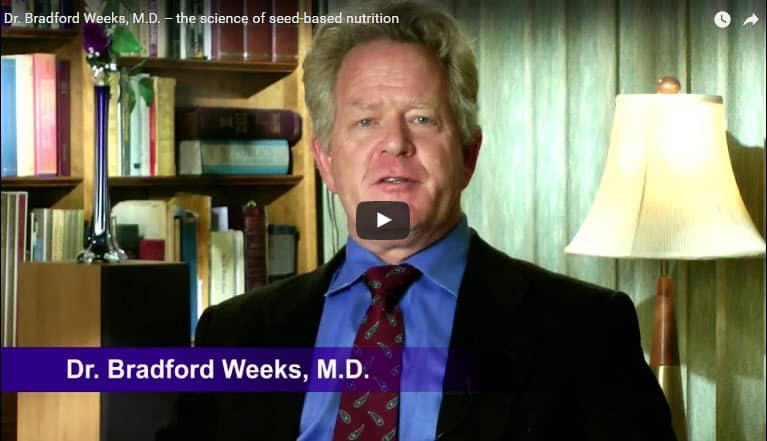 Seed nutrition is where nature and science come together. ~~ Bradford Weeks, MD 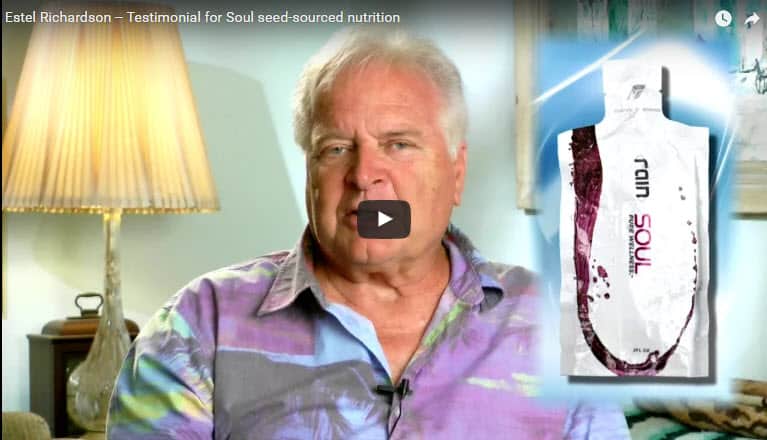 After 52-years of crippling pain from seven crushed spinal disks, I am now pain-free. ~~ Estel Richardson 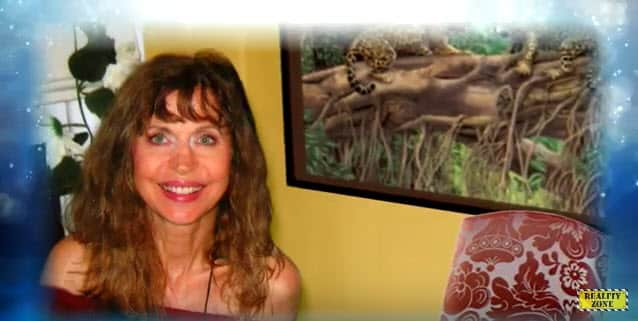 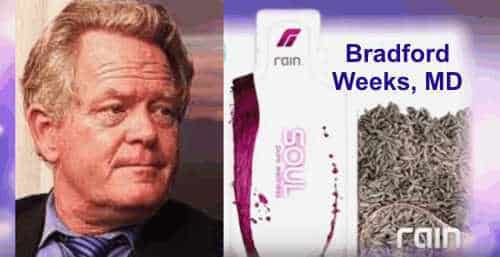 Success stories from my patients − and my own recovery. ~~ Bradford Weeks, MD 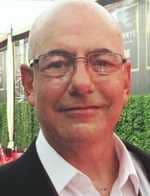 HEART FAILURE – BIG TIME From Jay K, 2017 March I’ve been a physical person all my life, martial arts, mountain biking, working out regularly, and playing lots of sports. Three years ago, I was rushed into emergency becauseI had a blockage in three areas in my heart. Three heart stents were applied, and I spent four days in the hospital. After three weeks I was feeling pretty good, so I started working out, treadmill walking and lifting weights again… One month later I was rushed back to emergency because my heart swelled from too much exercising, I had pushed it too hard. My heart stopped that night, and they had to defibrilate me. It was the worst experience I’ve ever had in my life. My recovery this time was long and hard. A friend introduced me to Soul, and I took two a day for a week… Wow before that I could barely walk from the car into the market without being out of breath or pain in my chest. After taking Soul for four weeks I started to feel much, much better. After being on Soul for a year, I started back up physically rehabilitating myself. It’s been two and 1/2 years now, and I’m back to 95% of my physical performance, and I’m back to working 12 hours a day. Soul and Core have  helped me heal so I can get back to life. 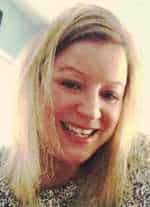 ASTHMA, HEPATITIS-B, FIBROMYALGIA, CHRONIC FATIGUE, OBESITY, AND MORE From Nicky Mertens, 2017 February 25 I have been an asthmatic for 32 years. Twenty years ago I contracted hepatitis-B. For most of my adult life I have suffered from fibromyalgia, chronic fatigue, chronic pain, depression, obesity, and liver malfunction. I was introduced to SOUL and CORE in March of 2016.Two months later I was off of all my medications and my inhaler. What a relief to feel whole again – and to get rid of that huge pharmacy bill. Also I have lost 60 pounds. I will never, ever go a day without SOUL and CORE, It, literally, has been life changing. See Nicky’s video statement here. 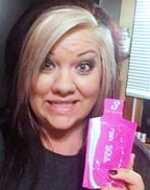 PANCREATITIS From JoyAnna Buschjost, 2017, February. “I’m FINALLY ready to share a secret I’ve been keeping for over 2 months!! Starting in June of 2013 I had my first ever pancreas attack. It was horrible pain that sent me straight to the ER. This continued every 6-8 weeks for the next 15 months. It eventually increased to every 2 weeks to once a week! I had developed chronic pancreatitis. I saw 2 different GI specialists, had 2 abdominal ultrasounds, an MRI, a HIDA scan, and finally an EGD where they took biopsies of my small intestine, stomach lining and fluid….NOTHING…they could find no reason or cause for the flare ups. Exhausting every option and willing to try ANYTHING, I found a supplement that has provided 100% relief!! It’s called Soul, made by Rain International. I’m 100% pain free. I haven’t had a single attack of pancreatitis, no digestive issues, and I’ve rarely had any pain of any kind since, including headaches!”

Want to give SOUL a try? 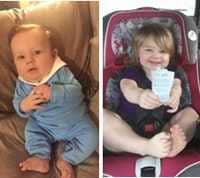 ACID REFLUX From Ashley, 2017 February: “My son, who now is 4-months old, had suffered with horrible acid reflux since he was 3-weeks old. His reflux was so bad that no one would want to hold him or let alone watch him. He would sleep in a chair that inclined bccause just slanting the bed didn’t work! “Doctor tried several different medications and kept telling me to add cereal to his bottles to thicken it. Then they wanted to add a heartburn medicine to his bottles as well. I finally got frustrated bccause nothing was working. I decided to call my friend, Shawna Martin, and ask her about oils. Well, she said I have something else for you to try. That’s when she introduced us to CORE. I said OK let’s try it. “We went to his 2-month check up a couple weeks later, and the doctor said, whatever you are doing is working, and I’m not even gonna refill his medicine. (which I already had stopped and was just giving him CORE after each bottle). It was an instant change. Now he’s the happiest baby, always smiling, and cooing! I started taking the SOUL and absolutely LOVE it! As you see in the picture, so does my 2-year-old daughter!” 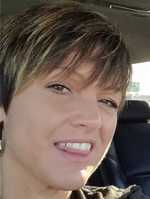 HEALTH TRAIN WRECK From Colleen, 2014 “Thirty-eight years ago I was diagnosed with Lupus. I also have been diagnosed with Fibromyalgia, chronic insomnia, restrictive lung disease, mitral and aortic valve leakage, osteoarthritis in all my joints, degenerative discs C2, 3, 4, and L4, 5, 6, and 7, anxiety, and bouts of depression. I had to have my left knee replaced two years ago. had to use a walker to get around and a motorized cart in the grocery store. Since then I have not been able to get a full range of motion and have had trouble going down stairs. In 2001, my lupus attacked my blood and I became septic and had to have a blood transfusion. I have been on morphine for the last ten years, sometimes as much as 180 mg a day and, for the last 2 years, 80 mg a day, 4 mg a day of Warfarin, Oxazepam, Clonazepam, Xanax 3 a day, Gravol (anti-nausea), Celebrex, 2-Plaquenil (an anti-malarial drug), Candesartan (BP medication taken for kidney function), Celexa, and 4 Senekot a day (to counteract the morphine). “I was given my 1st packet of SOUL on July 3, 2014. That was the beginning of my new life. That day I felt more energized than I had felt in years. I wasn’t hyper or jittery and I was able to rest that night. The next morning, July 4, 2014, I decided to give it a try, and that is when my life changed forever. I started taking two packets of SOUL a day and stopped taking the morphine altogether. Within ten days I had weaned myself off all the prescriptions as well as the over-the-counter stuff. Since then, I have been virtually pain free and sleeping w/o the use or drugs. “Today I can walk down the steps much more easily, most times walking like a “normal” human being. My range of motion is getting better, and the inflammation in my left leg is going down. I am a happier, healthier, more serene, and pain free person than I was before SOUL. SOUL has freed me from the bondage of pain, limitations, and fear.”

PAIN AND SWELLING From Rickey M. “I have been taking Soul for four months now, and it has reversed all my football neck, hip, and knee pain and given me my health back. I had chest pains for ten years but, after one week on Soul, my pain stopped, and I no longer have swelling in my legs. I’m up to 26 laps in the pool, I sleep better, and in two months, my grey hair is turning black again. I have tried all the vitamin supplements, powders, and juices on the market for the past 30 years, but none of them worked. I had almost given up on having good health until now. Soul has saved my life and made me a believer in the power of Cold Pressed Seed Based Nutrition.”

HOW TO PLACE AN ORDER
The link at the end of this message will take you to the Rain International website. That’s the company that makes these products. When you are ready to place an order, go to the bottom of the main page and click on the Buy-Now button. That will present you with three options:

For more information or to place an order, click here.

Soul is made and shipped by Rain International. Questions about the product or the status of an order should be directed to Rain.