This video album contains nineteen-hours of presentations recorded at the First Red Pill Expo in Bozeman, Montana, on June 22-23, 2017. It was a smashing success and the beginning of a new genre of gathering events for truth seekers and teachers who seek to leave the Matrix of illusion that dominates the popular belief systems of the modern world. Yes, Virginia, reality is quite different from what you have been told, and here is where the path of discovery begins.

2+DISCOUNT: Buy one or more additional items from Reality Zone, and this item will be discounted 20% from the lowest price shown, even if it already is on sale! Many of those additional items also will be automatically discounted upon checkout. They can be identified by the presence of this 2+DISCOUNT message above their add-to-cart buttons. 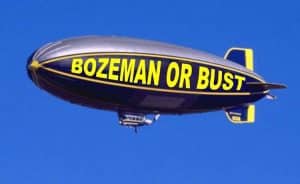 Because you know something is wrong!
The Red Pill Expo goes beyond celebrating truth and actually confronts the controversy. This expo takes a deep dive into examining the issues that matter most in our lives, separating truth from myth, and reality from illusion. It was recorded at the first Red Pill Expo in Bozeman, Montana, June 22-23, 2017.

Most of us have “taken the red pill” at one time or another, which means we have changed our views about something incredibly important in our lives. That could not have happened without access to information that often is said to be controversial. That is why Red Pill Expo does not attempt to avoid controversy or censor any ideas advanced by speakers. Tolerance, however, must not be mistaken for acceptance. Please be aware that the views expressed by attendees, exhibitors, or speakers do not necessarily reflect the views of the Expo management or Reality Zone. Our job is to provide a platform for alternate views of reality. After that, it is up to each of us to decide based on our own experience and judgment.

Hear from the masters − renowned teachers who will show you how to break free from the Matrix − and, thereby secure your health, financial independence, and personal freedom.

In order of appearance: 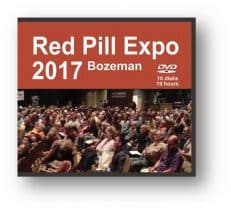