The psychiatric profession has been captured by the pharmaceutical industry and converted into a marketing agency for prescription drugs. These drugs create disorders worse than those being treated and include anxiety, disassociation from personal relationships, estrangement from reality, and impulses to commit murder and suicide.

You can tell from the name of this bundle what we think about the ethics and practices that have grown up around the treatment of mental disorders. The unfortunate souls who need help are not well served by the profession that calls itself psychiatry. The schools that teach and certify psychiatric practitioners and the membership organization that claims to represent them have been captured by the pharmaceutical industry and converted into marketing agencies for prescription drugs. If drugs truly were beneficial for the treatment of mental disorders, that might be a tolerable arrangement but, as these documentaries show, just the opposite is true. The drugs that are pushed on people of all ages, but particularly young people, not only are ineffective, they create mental disorders that are worse than the the ones being treated. Drug-induced disorders include anxiety, disassociation from personal relationships, estrangement from reality, and impulses to commit murder and suicide. If you know of anyone who is under the influence of psychotropic drugs, you already know about this, but what you may not know is that it is neither rare nor accidental. The pushing of mind-altering drugs on people who cannot benefit from them is a profitable business that seeks, not to cure anyone of anything, but to keep them forever consuming and purchasing drugs. These documentaries tell a story that, first, will astound you and, then, make you want to join the growing numbers of people who are putting new meaning to the slogan: “Just say no to drugs.” 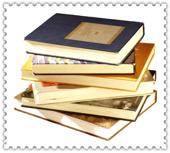