View cart “Cancer: The Forbidden Cures” has been added to your cart.

By Philip E. Binzel, Jr., M.D. Here are the success stories of cancer patients who have used nutritional therapy. Many of them have been told by their doctors that their condition was terminal. Now, years later, they are Alive and Well! Dr. Binzel has been using Laetrile and other nutritional therapies in the treatment of cancer patients since the mid 1970s. His record of success is astounding. He tells of his ongoing battle with the medical establishment, but this is primarily the story of his alive-and-well patients, many of whom had been told by their previous doctors that they had only a few months to live. Medical case histories are included. 144-page book. 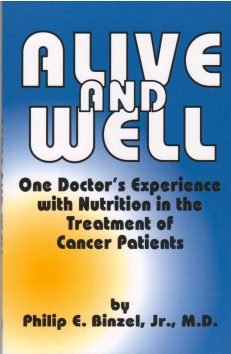