View cart “New Science of Age Reversal” has been added to your cart.
Sale!

Book reviews and testimonials from cancer patients This book contains numerous case histories but many more are found in Laetrile Case Histories; The Richardson Cancer Clinic Experience. Sixty histories have been updated with 2005 information. Some of these patients were still alive 25 years after they were given only months or even weeks to live. A video adaptation of this book is available here. An audio version is available here. 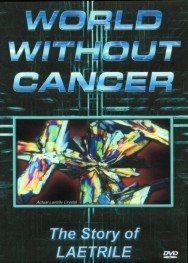